On August 7, 2016, the majority of Isaan voters rejected the draft constitution by 51.48% (4,153,178) to 48.58% (3,923,855) although with a much smaller margin than the 2007 referendum results (61.67% to 36.53%).[i] Yet, results from certain Isaan provinces had many observers dumbfounded because of either the miniscule margin of victory or a big loss (see Prachatai’s graphic analysis of the event here in Thai) despite general negative sentiments throughout the region.

Among the five “Yes” provinces, Ubon Ratchathani’s contested political identity was once again cast in the limelight as a swing province with pockets of Democrat support in a Pheu Thai Party (PTP)-dominated area. It saw a nearly ten per cent margin of victory for the Yes voters—a big win despite the fact they struck down the charter in the 2007 by 56.45% to 43.55%.

Why did Ubon Ratchathani voters go against the Isaan trend?

There are a few things to consider here.

The 2016 charter referendum took place following months in the run-up with no public freedom for voters to debate the draft. There were several arrests of dissidents and charter opposition groups (see here and here, for example). In Ubon Ratchathani alone, only state-sponsored activities were allowed to take place. For instance, on April 19 of this year, representatives of provincial organizations at all levels down to village headmen were called to a large-scale meeting presided by the commander of the Second Army Region in which the state made it clear what the desired outcome should be while an academic forum attempting to discuss the draft’s pros and cons was aborted. As the state-sponsored campaigns for the referendum voting were in full throttle, arrests or threats against potential local figures who might be influential to voters became normal. On May 30, the acting deputy chairperson of the PTP, along with his family members, were called into a local army base on the accusation of being “influential figures” (see the news in Thai here). An attempt to monitor the referendum process by the United Front for Democracy against Dictatorship (UDD) was also shut down as some of its highly influential allies have long been locked up in prison, which I wrote about here. Less than two weeks before the referendum, a man was arrested for shouting out his boycott of the referendum in a market in Phibunmangsaharn District. He has been detained in the Ubon Ratchathani Provincial prison since.

On the eve of the plebiscite, my village’s P.A. speakers blasted the headman’s announcement telling voters to go to the poll the next day. The authorities hoped for an ambitious 80% turnout, but the fell just short of 60% when polls closed. I observed voting activities at four polling stations in a large Muban (village) or four Mu (village administrative units). It was uneventful during voting hours. Unlike during general elections, however, voters did not appear to be excited about voting. Most of them were people who lived and worked either in the village or in town. Very few of those who work in other provinces returned home for the vote. Many of them were in their 40s or older. Throughout the day voters gradually went to their designated polling stations. Turnout was at about 60%, the same figure as the province’s.

Right after the polls closed at 4 p.m., I went around the village observing the vote-counting procedure at all four polling stations. There were only two or three observers at each station. The people were not at all enthusiastic about the results. They were not even interested in finding out what the outcome was. Again, this is dramatically different from any election, local or national.

Voting results from villages were forwarded to their respective districts, just like what happened in previous general elections. Tallying billboards were set up in an open area in front of district offices that showed results. However, tallying at the provincial level was done behind closed doors of a meeting room in the provincial Election Commission (EC) building holding fewer than 50 observers and relevant officials. Some of the observers were local news reporters. While this was not a secret, this procedure reflected the lack of openness towards public participation in crosschecking voting results. I asked an official-looking person in the room whether anyone could contest the results at a later date, and she replied that any contestation had to have been done at the village polling stations. I came away with this question: Did she essentially say no, as no other interpretation was possible?

Then came the results, shocking to many—the majority of Ubon Ratchathani voters said “yes” to the junta-sponsored draft charter. Around 55% (414,221 votes) accepted the draft while 45% (342,897 votes) rejected it.[ii] However, like their fellow Isan voters, Ubon Ratchathani voters did not agree with the proposal in the additional question; 49.56% agreed with the proposal while 50.24% disagreed with it (352,540 votes vs. 355,902 votes). While other Isan provinces were generally uniformed in their political leaning, results in Ubon Ratchathani showed it is a deeply divided political space where supporters of Pheu Thai/UDD (Redshirts) and Democrat/People’s Democratic Reform Committee (PDRC) have established their presence that defined Thai politics back in the May 2010 event, and the 2014 Bangkok Shutdown, respectively.

Pro-Democrat Party Districts such as Khueng Nai, Lao Sua Kok, and Phibunmangsahan saw big wins while pro-Pheu Thai Party districts showed mixed results. However, southern districts such as Nachaluay, Namyuen, Namkhun, Buntharik saw a victory for Vote-No. Nachaluay District, in particular, had a 57.79 turnout. It saw a hefty 16% margin of victory for Vote-No with 13,059 voters (58.52%) saying no to the draft, and 9,256 voters (41.48%) saying yes. These districts made up some of the strongest bases for the Redshirt movement in 2010 as well as a local PTP member’s strong media presence critical of the junta. The opposition beat the odds against the state’s dominance. These voting patterns are reminiscent of typical Ubon election results, except that the strong support for Pheu Thai Party, whose key members publicly denounced the draft, was weaker in this referendum.

While a recent analysis has shown reasons for voting down the charter, of particular interest to me is the question: Why did Ubon Ratchathani voters accept this charter? Since the referendum, I have been interviewing ordinary villagers and some lower-ranking bureaucrats who were the main force behind the referendum campaigns. Here are some insights.

Many voters did not read the draft. Although some had received the EC booklet, the information in it highlighted only positive aspects of the draft (see the iLaw report here) and was characterized by flowery language in a persuasive, not expository style in favor of the draft. Some said they never even received the EC booklet (Suppachai Somcharoen, an EC commissioner himself, admitted to not having sent copies of the summary of the draft or the full draft to all voters, claiming that it was not required according to the interim constitution.) The tokenistic Kru Kho, village-level bureaucrats under the Ministry of Interior (mostly village headmen) appointed per the Constitutional Drafting Commission’s request, whose task was to give villagers knowledge about the draft, but the ones I talked to said they were afraid of getting themselves in trouble just like those daring to criticize the draft. Because they themselves did not know the draft well, they ended up just urging people to cast their votes—the mantra which they had been incessantly parroting weeks before the referendum. In addition, villagers were pressured to vote on that day because of the overwhelming efforts at the provincial, district, and village levels. Given this, they could have interpreted the message that they should vote “Yes”.

A farmer in her early 50s said she voted “yes” in order to “hai man laew laew pai” [just so it’s over and done with]. This is an answer I never heard before in any previous vote. I then asked if she had read the full draft. She said she had read the booklet sent in the mail, but did not understand it at all. I pressed further with a question as to why then she accepted the draft, the villager said she did not know. My last question whether she knew about what would happen with the 12-year free education program and the healthcare system? She said, “No.” This shows that either the Vote No campaign by academics and intellectuals did not reach grassroots voters, the voters simply voted to let the current government proceed with whatever the next plan for the country is, or their votes were simply perfunctory. The voter did make a comment that her elderly father did not accept the draft. She quoted him as saying, “man bo khoei het yang hai hao, si lap hai man het yang?” [(derogatory third person pronoun) never did anything for us. Why would we vote for (same derogatory pronoun)?].

A voter in another village in her late 40s who accepted the draft said she thought the 400-baht . Her daughter who would be delivering a baby in a few months was promised that financial assistance—the scheme which was announced a few months before the referendum. She thought the government was doing the right thing.

Taken together these comments suggest that this referendum vote was not about the substance of the constitution.

Many voters said openly in interviews they did not like Gen Prayuth Chan-ocha as prime minister. They reported accepting the draft thinking the military would go away and that general election would take place soon. An elderly man left the polling station smiling thinking just that. These voters were not able to explain clearly why they thought it would be the case. They simply thought that with the new constitution, the junta would disband. It has become clear to me that people were tired of the current situation and decided to accept the draft simply to get out of this impasse. This misguided pragmatism worked in concert with the lack of thorough dissemination of the draft and debates over it.

Also observed was the fact that some people were confused by the questions on the ballot. They thought that by skipping the first, mandatory, question it meant they did not accept the draft. Unfortunately there is no information on the nature of “spoiled ballots”, which may shed light on the effect of the questions on voting patterns.

So what do we make of the results?

The 2016 referendum outcomes show the voters’ desire for an election. Those who grew tired of the junta rule simply imagined seeing the election pie-in-the-sky as a result of their “aye” votes. This is not to mention those who voted because they were pressured by community-level campaigns. Voters with a strong sense of political identity were more likely to have made their decisions without reading the draft. The divide is still visible here although the PTP/Redshirt’s grip has been weakened. But regardless of the reasons, the Yes vote has boosted the junta’s confidence in becoming even more repressive with referendum-related arrests in the aftermath. The future of Thailand thus remains gloomy so long as the military stays in control.

[ii] EC unofficial figures obtained by the author at the Ubon EC Office during the all-province vote tallying. 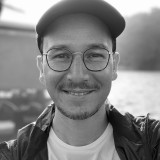 Saowanee T. Alexander is an Assistant Professor of Sociolinguistics at the Faculty of Liberal Arts, Ubon Ratchathani University.
Scroll Up