Skip to content
Be ready for the next deluge: Ten challenges for flood risk management in Isaan

The Isaan region has long been afflicted by yearly flooding. During the monsoon season, which can drag on from August to the beginning of November, flooding occurs almost without fail.

The Northeast is the country’s single largest agricultural producer, making up for the vast majority of the nation’s rice for export and domestic consumption. Yet year in and year out, flooding is allowed to compromise agricultural production, as well as the lives and livelihoods of the local population.

Every year, the plight of people who have lost homes, livelihoods, and even their lives inundate the news reports via television, newspapers, and social media. The latest reports are thanks to tropical storm Podul, which reached the Northeast at the beginning of September of this year. But for the typhoon’s name, the reports could have been from any year prior. Same flooding, same damage, same problems, different storm.

Every year we are fed the same scenes: images of residents sitting on the roofs of their flooded homes, along with images of uniformed personnel from this or that government branch providing relief along with private sector volunteers. We are beamed images of our nation’s most powerful people riding in boats, handing out life’s basic necessities to the stranded unfortunates. This is followed by copious footage of people affected by flooding lining up to receive donated supplies.

But ultimately, what Thai society is given to understand about the flooding in Isaan might not be the whole story.

At a recent seminar held by Ubon Ratchathani University’s Faculty of Political Science, students and communities affected by flooding discussed ways of how to effectively provide assistance to flood victims. The discussion showed that flooding is a far more complex problem than reported by many media outlets.

One thing standing out from what those affected by flooding shared was the poor government response, which in their view was plagued by numerous problems, from pre-flood preparations all the way to the handling of the aftermath.

The first problem lies with the information management of government agencies. There have never been serious efforts to gather information to warn those at risk of being affected by flooding, for example, decide whether or not to sow crops in a given area at a given time. Crucially, information gathering is currently siloed; various government agencies collect information but do not share it with each other. This sometimes leads to discrepancies and inconsistencies in the data available, which affects the entire effort.

The main method of information gathering tends to be via aerial photography, with little or no attempt to survey the flooding within the flood-prone or flooded areas themselves. The inaccuracies and inconsistencies borne of this approach lead many to simply disregarding the information given by the authorities as not credible, even when it might be of use. All of this has intensified the losses to agriculture, personal property, and evacuation plans.

The second problem is the readiness of government agencies to deal with flooding. Often the first province to declare an emergency receives a deluge of aid thanks to the initial enthusiasm to help.

Case in point: This year Sisaket was the first province to declare a state of emergency from the flooding and resources from the government, the private sector, and NGOs poured into the province. When Ubon Ratchathani subsequently declared its own emergency, the response paled in comparison to what Sisaket had received. Efforts to redistribute the supplies, materiel, and personnel that had by then piled up in Sisaket were also problematic.

The third problem lies with the evacuation centers, or rather the lack of coordination between the agencies responsible for them. A common problem was that the announcements were made telling people to make their way to shelters which hadn’t been erected yet, adding to the chaos of the situation.

Centers also often were inadequate to provide shelter for all the different types of flood victims in the area. No special provisions were made for the elderly, the bedridden, or infants, who are in need of special care. Caring for them is harder, both for their families and the personnel providing aid, when they are scattered amongst all of the other flood victims.

Shelters should be pre-planned and pre-resourced long before the flooding because the government has enough resources to have ample warning of flooding in certain areas. It should not be an ad hoc effort.

The fourth problem is the distribution of material aid, an extremely important component of disaster relief. It involves a very large number of people from the government, the private sector, NGOs, and charitable organizations and individuals.

The local district authorities are the designated providers of relief supplies. Those affected by floods in the constituent sub-districts are supposed to be able to pick up supplies from the district office. But that can be problematic in large districts with many remote communities.

The emergency survival packs given out by the government are rationed per household. This means that a family with five members receives the same amount of supplies as a household with three members.

Save for these emergency survival packs, there is no systematic rationing for the other supplies, with many people who are in close proximity coming to collect supplies repeatedly.

Coordination between the various agencies and organizations that are giving out supplies is also insufficient. It often leads to too much or too little of certain supplies being given out, and no record of who has received what. This problem is especially pronounced among the private charitable relief efforts in the affected areas, as they tend to not to coordinate with anyone else at all.

Another issue is the way that the damage survey is conducted. For example, a two-story house which has only been flooded on the ground floor will only receive compensation for the damage to the ground floor, even though the flood damage may require repairs to the other parts of the house. Tractors, vehicles, or other equipment that are crucial to their livelihoods will not be considered for compensation if they were not at the house at the time of the flooding.

The compensation process is also reported to be excruciating slow. Some flood victims say that they are still waiting for their approved compensation to be paid out six months after the flooding.

The sixth problem is the failure of local government agencies to plan and provide for flooding. Basic planning and procedures should already be in place at the local level to take care of flood victims, evacuations, and the aftermath of the floods. District and sub-district chiefs should not have their hands tied by authority-hoarding regulations which oblige them to wait for direct orders from the central government before they can act.

The seventh problem is knowledge among the public. To a certain degree, locals have learned to deal with flooding through experience. But there are still many gaps in their knowledge, such as best practices and basic safety and sanitary measures that should be taken as soon as flooding occurs, what to be aware of, and what to be especially careful (mindful?) of.

For example, it is crucial to know how to avoid electrocution when flooding occurs, or how to maintain health and sanitation when surrounded by water. These standard procedures should be common knowledge in every family, and incorporated into the natural disaster planning at all levels of government. Making structures flood-proof–or at least flood-ready–should be encouraged by the relevant authorities in flood-prone areas.

People also need to be better educated about their rights to receive compensation. As it stands, flood victims are completely in the dark as to how the government will react before and after the flooding, and they can only guess at how much they will receive in compensation.

The eighth problem has to do with livelihoods. The people most affected by flooding are often farmers who keep their equipment at home when not out in the fields. When the waters recede, many flood victims are driven into debt by the expenses to repair their homes and resume their farming.

The ninth problem is theft. Flooding forces people to leave their properties, often at short notice. This leaves wide open the opportunity for burglars and thieves to enter properties and steal anything valuable, including expensive farming equipment and tools. The result is that some locals choose to ignore flood warnings and take their chances with the waters in order to guard their property, complicating relief and rescue efforts.

The tenth and last problem is sanitation and garbage. Floodwaters sweep away the contents of garbage dumps and septic tanks, allowing them to float freely into homes, or wherever else the current takes them. The risk of disease for those stranded is compounded by their inability to remove this debris from the water that surrounds them; neither can they go seek medical attention.

These problems, as told by the victims themselves in Ubon Ratchathani, represent only a glimpse of what life is like with the flooding that happens every year but is treated as a surprise by the authorities and the mainstream media. These aspects of flooding tend to only receive superficial reporting by the media, if at all.

In any case, the flooding is not always a natural occurrence beyond human control, but also the product of geopolitics in the lower Mekong region and the hydroelectric dams built by China and Laos. When China, which has the most upstream dams, decides to close the sluice gates, people downstream experience drought. When they decide to release water from their dams in one go, the people downstream experience flooding. In the long-term, they are making the lower Mekong region uninhabitable.

The scale of the problem is also growing along with the increasing urbanization of Ubon Ratchathani city. As natural drainage areas and waterways are being drained and filled for the construction of dense urban dwellings and commercial properties, more property and people are being placed in the way of the flood waters for more damage and more loss.

Instead of serious long-term water management measures, the authorities choose instead to erect flood barriers which sacrifice the city’s surrounding areas to flooding in order to save the urban economy. Even more galling, the barriers have proven futile after the sacrifice had already been made.

Recommendations for dealing with flooding

To date, flood relief has been stuck in the purview of government bureaucracy. Laws have been passed concerning natural disaster management, but the legal authority to act only goes as far down as the local district authorities rather than the community level.

Instead of empowering the people most affected to effectively help themselves and each other, the government is either turning them into helpless supplicants or driving them to improvise their own measures which often lack the wider perspective that the government could take..

To deal with the floods, the government must look beyond the deluge. Communities must be involved in the decision-making and problem-solving processes.

Information and responsibilities must be freely shared between communities, and between the various government agencies themselves, rather than jealously guarded. Ultimately, the flood crisis can be turned into an opportunity; collaboration between the state and the people in addressing the floods can be a platform for local democracy to flourish.

This story was first published in Thai on August 6, 2019. Translated by The Isaan Record. 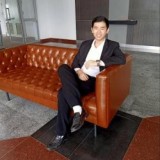