SAKON NAKHON – With every new borehole, the people of Wanon Niwat grew more worried. The drilling rigs that a Chinese company put into farmers’ fields could mean nothing good, many people in this rural district in northeastern Thailand believed.

In 2015, Chinese state-owned China Ming Ta Potash Corporation gained permission to explore 120,000 rai (about 47,500 acres) of land in Sakon Nakhon province. Since then, fear has spread among local residents that the mining project will damage the environment, destroy traditional livelihoods, and change the district forever.

Eighty-two villages in Wanon Niwat district are sitting on a major potash deposit, a mineral used to produce chemical fertilizer. By exploiting the Northeast’s rich potash reserves with foreign help, the Thai government hopes to make the country less dependent on fertilizer imports and boost the sluggish economy.

But the fierce opposition of a local protest group has put the viability of the mining project into question.

Local activists like Sifong Chantawon, 59, are concerned that the mine will contaminate the area’s soil and groundwater with salt. As most villagers here depend on farming, this would put their livelihoods at risk.

Locals recall the image of withering rice plants in the fields next to a salt farm in the province. Industrial salt production has not only ended farming there but is also blamed for massive sinkholes. The pumping up of saline groundwater for salt extraction has caused sinkholes the size of a football field in the province. People fear that large-scale potash mining could lead to even larger collapses.

Sifong sees the struggle against the potash mine as one for the future of her children and grandchildren. Many of the younger generation leave their homes to work in the capital before returning home to their villages. But the potash mine might not leave much to come back to, Sifong worries.

“Ask anybody’s children here. None of them want to stay in Bangkok. They want to move back home,” she says.

Since the Chinese company began surveying the area, the locals have tried in vain to gather more details about the project. But their requests for information have been met with a wall of silence by local officials.

“We went to the district chief when they started with the first borehole, but the guy didn’t dare to come out to take our complaints,” Sifong recalls.

Fueled by the frustration over the lack of information and the officials’ apparent indifference about their fears and worries, villagers formed an anti-mining group in the province.

For the past four years, the villagers have been locked in a battle with the company and the government that comes down to commerce versus environmental protection and community rights against national interests.

Six sub-districts and 82 villages in Wanon Niwat in Sakon Nakhon province are located in an area that was designated a potash exploration site in 2015.

Like most villages in the district, Hinhoep Hinkong is a farming community. Most people here make a living growing rice, rubber, sugarcane, or other cash crops.

Inside the home of a family in the village. Many young parents leave their kids under the care of the grandparents to seek work in the factories around Bangkok. They often return to their community after a few years.

While mainly a farming community, villagers also weave and sell their fabric products as a side business.

Khong, 68, carries his catch from a water reservoir not far from Wang Bong village, another community located in the potash mining area. There are concerns that the mine will make use of the reservoir, leading to a water shortage in the area.

Over the past ten years, outside investors bought several land plots around Hinhoep Hinkong. The villagers suspect that this happened in preparation for the potash mine.

A company representative stands in front of a borehole in Khon Sawan sub-district, the third hole of the potash surveying mission. The land belongs to a local politician.

Mali Saengbunsiri, 50, is a farmer, a grandmother of four, and one of the main activists of the anti-mining movement that has put up fierce opposition against the potash mining project.

The anti-mining movement, mainly made of middle-aged and older women, has organized several protest marches to educate people in the province about the risks of potash mining and mobilize supporters to oppose the project. They demand their community’s right to have a say in management of natural resources in their province.

The ever-increasing demand for chemical fertilizers in Thailand’s agricultural sector is often put forward as the main reason for potash mining. The country currently imports about 700,000 tons of potash per year. It is argued that domestic mining is a lucrative business, can lower the cost of fertilizers and lead to higher agricultural outputs.

Fields of rock salt. For 45 years, the Northeast has been a hotspot for commercial salt production. Salt-rich groundwater is pumped up to the surface and the sun evaporates the water, leaving behind the mineral.

Open-pan salt cooking at a salt factory in Kut Ruea village in Sakon Nakhon province. The workers are paid according to the amount of salt they produce for the day– about 350 baht.

Salt factories often use the long-burning wood of rubber trees to fuel the fire needed to boil the groundwater and extract the salt.

Villagers in Hinhoep Hinkong have been making use of salt in the soil for generations. For more than 30 years, they have been using it to produce ice-cream to make money on the side. But they also well know the risks of salinization of the soil for their farming.

Waste water from a industrial salt factory is released into an open sewer trench to protect the surrounding areas from the salty runoff. But several water sources around Non Sabaeng village have been found to be contaminated with waste products from the factory.

At first it was only a small hole in the ground next to the salt farm close to Non Sabaeng village. But soon it grew into a massive, 15-meter deep pit, the size of a football field. Sinkholes are common in areas of salt production where groundwater is pumped up to the surface over years.

Nongbo reservoir in Maha Sarakham’s Borabue district in northeastern Thailand. About 30 years ago, the area was the first in the region to be affected by industrial salt production. It caused severe damage to the ecosystem of the area and the Siew river that feeds off the reservoir.

The Siew river is slowly recovering and aquatic animals are making a comeback, but it took decades of environmental restoration efforts and the soil still shows signs of saline contamination.

Once a sprawling salt farm, golfers now often use the area around Nongbo for practice.

This story is a joint production with China Dialogue 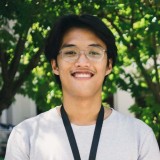 Visarut Sankham is a visual storyteller based in Chiang Mai, Thailand, whose work focuses on human rights, migration, and social justice issues. He is a member of Realframe, a human rights advocacy group focusing on visual media.
Scroll Up