Skip to content
Should Isaan’s salty treasure be unearthed?

The Northeast is sitting on massive deposits of potash and rock salt. As Thai and foreign investors are preparing to dig up this treasure, local communities worry about an environmental crisis, writes guest contributor Bamphen Chairak.

Deep below in the ground of the Northeast, there is an abundance of rock salt and potash. Since prehistoric times until today, people in the region have used this natural resource to make salt. Salt is produced through a boiling process that has been used for about 3,000 years all across Isaan.

Later groundwater was pumped up in order to address water shortages during periods of drought. But it was found to be most suitable for salt production either by letting the sun evaporate the water away or boiling the salt brine in large pans, leaving behind the mineral. The discovery of large salt deposits also caused salt farms from the South to relocate to the Northeast.

Commercial industrial salt production through solution mining is also present in the region. For example, the Pimai Salt Company Limited in Nakhon Ratchasima province uses fresh water to dissolve rock salt which can be found around 170-200 metres beneath the ground. The process results in concentrated saline water that is crystallised into salt which is 99.9 percent pure.

Beside producing salt for consumption, the salt is used in industry for production of caustic soda used in glass; plastic, soap, chlorine, synthetic rubber, insecticides,and hydrochloric acid used in the steel and automotive industries.

There are around 18 trillion tons of rock salt deposits in Isaan (based on a 1985 estimate by Thawet Chapaket) with a production capacity of around two million tonnes per year with an increasing production trend.

In 2015, the Ministry of Industry issued a mining permit for ASEAN Potash Chaiyaphum Plc located in Ban Phet and Bamnet Narong district in Chaiyaphum province for an area of 9,700 rai (1,552 hectares). The mine has not started operation yet as there is resistance from locals.

Thai Kali, another company, was given a permit in 2015 for mining in Dan Khun Thot district in Nakhon Ratchasima province and has already started operations.

There are also private companies looking to set up rock salt and potash mines, such as Asia Pacific Potash Corporation. The company applied for a permit in Udon Thani’s Prachaksinlapakhom and Muang districts.

It’s been more than 17 years, and the company has not been able to start operating because an environmental protection group in Udon Thani protested the mine. The locals submitted a petition to the province’s Administrative Court to revoke the permit, which resulted in the court ordering a new survey of the mine.

In 2015, the Industry Ministry issued rock salt and potash exploration permits for six companies, including twelve plots totalling around 120,000 rai (19,200 hectares) in Sakon Nakhon province for China Ming Ta Corporation (Thailand). But the company has not yet finished the exploration due to conflict with locals in the area.

There is also information that 33 companies have applied for potash exploration permits in ten provinces, including those currently in operation, totalling around 3.5 million rai (560,000 hectares).

Industrialists consider the massive amount of high quality salt and potash in Isaan a treasure as an input in the chemical material to produce chemical fertilizer.

Meanwhile, the Thai government has set a strategy for the production of rock salt and potash mining in the region, with the aim to produce potash to reduce the country’s dependency on fertilizer imports. A potentially dangerous byproduct of potash mining is a massive amount of salt.

In the process of potash separation around one to two liters of saline water and around two kilograms of tailing, or leftover material, is produced.

Salt and potash mining can cause salinization of water and soil. Recovering from this impact is difficult, expensive, and might take hundreds of years.

Salt and potash mining might be economically attractive but the deposits overlap with cities, communities, and key agricultural areas in Isaan.

Local resistance against mining projects in the past two decades has proven a big challenge for the industrial extraction of minerals in the Northeast.

Several communities have been affected in the past 40 years by saline contamination of water sources and soil, as well as the occurrence of sinkholes from small-scale salt mining projects. This includes communities in Nakhon Ratchasima, Maha Sarakham, Udon Thani, Bueng Kan, and Sakon Nakhon provinces.

A further 19.4 million rai of soil has the potential to become salinated. That comes to a total of 37.2 million rai that is salinated or at risk of being so. These areas include the lowlands of the river basins in Sakon Nakhon and Nakhon Ratchasima, with saline soil contributing to a third of the total area of the Isan region, which would mean the vast majority of agricultural land.

Potash mining potentially aggravates the problems of salinated soil and water sources which directly affects agriculture, growth of plants, and quality of produce.

All salt is salty. All salt and potash mines cause problems related to salianation. The granting of permission for such mines is not only an issue for the government and investors but for all Isaan people as they are directly affected.

What needs to be considered more is not how many mining companies should be given licenses but whether or not we will be able to handle the salianization crisis that is unfolding in the region.

The question of whether or not salty water and soil is worth the economic benefits of mining should not be decided by the government or investors but by all people in the region.

This op-ed first published in Thai on September 8, 2019. Translated by The Isaan Record. 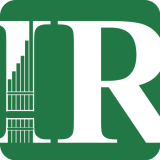 Bamphen Chairak is a researcher interested in environmental issues who has been following the impact of the mining industry for over a decade. She has written a master’s degree thesis titled, “The role of salt and eco-culture and the health of communities in the Songkhram river basin,” and produced a series of books titled, “The story about Thailand’s mines,” which includes, “Mystery Clouds: The history of Thailand’s mines,” and, “Mine Footprints: A photo documentary on Thailand’s mines,”​ published by the National Health Commission Office in 2013.
Scroll Up