Bueng Kaen Nakhon, the iconic Khon Kaen lake promoted as a tourist and recreation destination, has another defining characteristic–its water is green. Once an occasional problem, the harmful algal blooms that cause the green color are becoming an annual and even perennial occurrence in Bueng Kaen Nakhon and other lakes in the region’s main city. The presence of such high levels of algae is known as eutrophication–an overgrowth of algae that depletes oxygen–a problem increasingly common in many parts of the world.

In response, Khon Kaen Municipality spent several months in 2018 and 2019 pumping the water out of the lake and then dredging, trucking, and depositing the lake’s sediment near Bueng Thung Sang park–at no small cost. This approach, while valiant, illustrates the misguided, reactionary approach to address eutrophication in Isaan and Thailand as a whole.

Instead, the root causes of eutrophication need to be addressed. I propose three specific policies that local governments (including municipalities and Sub-District Administrative Organizations) should adopt now: 1. designation and protection of wetlands; 2. expanded use of zoning laws and incorporation of low impact development concepts; and 3. nutrient management programs for agricultural areas. In addition, I will share a cost-effective supplementary remedy to expedite lake restoration that has only recently come to Thailand.

Understanding the root cause of green lakes

Green (i.e., eutrophic) lakes get their color from high concentrations of chlorophyll, the chemical found in all plants that makes photosynthesis possible. The chlorophyll is found inside algae and other phytoplankton (literally, small floating plants).

Algae are naturally present nearly everywhere, but hue-altering levels occur when the requisite ingredients (warmth, sunlight, and nutrients) are abundant.

In Thailand’s climate, warmth and sunlight are rarely in short supply. So, when more nitrogen and phosphorus are added to a water body, the algae have a feeding frenzy, actively photosynthesizing and reproducing. Thus, nutrients are key to eutrophication.

However, getting enough nitrogen is rarely a problem for algae, since algae are resourceful in acquiring the essential nutrient. Some species can even fix it straight from the atmosphere (nitrogen being the most abundant gas in Earth’s air). On the other hand, algae have more limited options for acquiring phosphorus, usually making it the limiting factor for algal growth rate.

So where is the extra phosphorus coming from to feed these perennial algal blooms in Khon Kaen’s lakes? In a nutshell, phosphorus, which readily binds to the metals naturally found in soils, primarily washes into lakes when it rains.

When rain flows over agricultural areas or construction sites without erosion control, it takes sediment with it. This sediment is naturally rich in phosphorus but may also have added nutrients from fertilizers or other contaminants such as pesticides or heavy metals.

Why we should care that our lakes are green

The green color is more than an eyesore. Several environmental and human health issues result from eutrophication.

As the algae photosynthesize, they consume oxygen. In extreme cases, the low oxygen levels result in large-scale fish kills. The foul-smelling water deters recreational use of the lakes and their surrounding parks, and the fish kills can deprive local fishermen of a livelihood.

Cyanotoxins—toxic compounds produced by the microscopic cyanobacteria (a prolific and ancient life form somewhere between bacteria and algae)—can also pose an acute health threat. Certain species excrete toxins that poison anyone or anything that drinks enough. Deaths of livestock and humans have been documented worldwide from cyanobacteria.

Chronic exposure to cyanotoxins is also being recognized as a threat to health. Diabetes and chronic kidney disease are just some of the health problems that have recently been associated with certain cyanotoxins.

Wetlands as the key to water quality

Much of the urban water quality problems in the Northeast have occurred as development has increasingly infringed on wetlands like the Kaeng Lawa wetlands in Khon Kaen province.

Wetlands provide key functions to improve water quality. They facilitate many natural physical and biological mechanisms that remove contaminants from water. As an added benefit, wetlands also have a high capacity to absorb significant quantities of water, providing a natural buffer against flooding.

Recognizing the key role that wetlands play in water quality problems, it is imperative that we protect and promote wetlands. In one sense, this concept is already a part of main-stream Thai vernacular. The idea of kaem ling, or “monkey cheeks,” has already gained popularity in media and public policy. Based on concepts developed and implemented by the Dutch as part of their Ruimte voor de Rivier, or “Room for the Rivers,” program, kaem ling projects designate areas to be inundated to alleviate flooding elsewhere. While this program in Thailand has been more lip service than effective policy, what’s being lost is that wetlands naturally exist to serve this very purpose. Small—but valuable—wetlands exist in urban environments, too.

The first step towards protecting and promoting wetlands is for them to be formally designated. Existing frameworks within many states of the United States and the European Union exist for identifying, classifying, and designating wetlands. However, public pressure at the local level is more likely to be effective here. For that to happen, though, local community members must recognize the value of such “undeveloped” land.

Beyond protecting and preserving wetlands, the actual form of development must also change. Low Impact Development (LID)—sometimes called green infrastructure—is a set of systems and practices that aim to mimic or incorporate natural processes found in wetlands, such as infiltration and evaporation, into their design. Examples of design practices that embody the principles of LID include vegetated rooftops and pervious pavement.

Current development practices in Thailand are the opposite of LID. Most commonly, development creates vast areas of highly impervious surfaces. As a result, large quantities of urban runoff are generated. To compound problems, the goal of most stormwater management designs is to send this water off-site as quickly as possible—pushing the problem downstream and missing an opportunity for on-site treatment.

One possible example for incentivizing such development can be found in Philadelphia, Pennsylvania, USA. The Philadelphia Water Authority, which is responsible for constructing and operating both the water supply and wastewater systems, changed the way it billed its customers. Instead of billing only based on water usage, customers were also billed depending on their impervious surfaces on the property—which directly results in more stormwater going into the water authority’s sewers.

With technical support from the city, citizens began retrofitting their homes with LID systems and new development became more eco-friendly.

This same concept is viable in Thailand. Currently, Bangkok is the only metropolitan area that bills for sewer service—albeit amid public outcry. However, sewers should be under the same authority as water supply. Because used tap water is returned to the sewer system, the two should not be administered separately.

Once sewers and water supply are collectively administered, billing based on impervious surfaces would be viable. With the threat of losing your water meter, the authority would have sufficient leverage to collect such fees.

One solution for reducing nutrients in agricultural runoff is through nutrient management. Nutrient management plans aim to avoid excessive use of fertilizers by balancing the amount applied with the amount required by the soil and crop and implementing erosion control measures.

An example of a nutrient management program can be found in the U.S. state of Pennsylvania which suffered from degraded water quality as a result of excess nutrients (namely, phosphorus and nitrogen) being released to streams in agricultural runoff.

Beginning in 1997, Pennsylvania required high-density animal operations (farms, feedlots, etc.) to develop and implement approved nutrient management plans. These plans accounted for the manure being generated onsite, aiming to limit manure application on fields to only the soil and crop’s capacity, and encouraged proper practices to limit direct runoff of manure into streams.

These regulations were updated and strengthened in 2006 under Act 38. Today, many farmers are required—and others volunteer—to submit for approval Act 38 Nutrient Management Plans, which balance the nutrients produced on the farm with the needs of the crops and specify best management practices to limit environmental impact from nutrient runoff. These plans have been an integral part of improving water quality in streams across Pennsylvania and would be a natural extension of services offered through Thailand’s agricultural co-ops.

The above policies address the root cause. But for many bodies of water, the damage has already been done. Even with external sources of phosphorus eliminated, legacy phosphorus stored in the lake sediment will continue to drive eutrophication for years or decades to come, delaying the benefits of such policies.

Therefore, it is necessary to inactivate that legacy phosphorus in order to speed up the lake restoration process. Over the past year, our team of researchers at Khon Kaen University’s Faculty of Public Health has partnered with Ban Ped Municipality to demonstrate this concept.

Using algae-plagued Bueng Gi lake for a pilot site, we added to the lake aluminum sulfate, or alum–the same chemical used today in most drinking water treatment plants. The additional aluminum added to the lake helps permanently bind the excess phosphate in the water and in the sediment, starving cyanobacteria and other algae of the nutrient, thus limiting their growth. The concept is known as geo-engineering for the purpose of lake restoration.

In February and March 2019, we distributed 4,300 kilograms of alum into the lake. More recently, in October, Ban Ped Municipality took full ownership of the program, funding and executing the alum application without Khon Kaen University’s financial support, adding an additional 2,500 kilograms of alum to the lake.

While done frequently in midwestern United States and northern Europe, this was the first large-scale application of alum to restore a eutrophic lake ever in Thailand.

The problem of poor water quality belongs to everyone. We all contribute to it, and we all are affected by it. First, we must recognize the connection between poor water quality (as well as flooding) and urban development, wetland destruction, agricultural practices. Next, we must seek solutions that address the root causes rather than curatively treating the symptoms. Examples include wetland restoration, low impact or “green” development, and nutrient management plans.

The authority and capacity to enact these solutions exist; it only requires political will. These solutions must be promoted, enacted, and managed locally. A centralized system cannot adapt to local nuances.

Without such adaptations, Thailand will be left with more frequent local flooding and increasingly polluted and eutrophic water bodies. 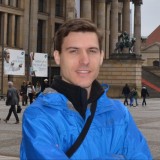 Anthony Kuster is lecturer and researcher at Khon Kaen University’s Faculty of Public Health. He teaches courses on health systems and environmental health and conducts research in water resources.
Scroll Up