Feature photo by Houston Ruck: Cover of a molam compilation from 2007 by Sublime Frequencies

If we go back 20-30 years, we’ll see that the music videos for Isaan songs have a few dominant themes, like a young girl awkwardly lugging her bag across a street in Bangkok, looking for work. Or a young man working hard and sweating as a manual laborer for a pittance, having to put up with seeing his lover frolicking with a new, richer man.

At the time, the images reflected the realities of life for most of the Isaan people who migrated to Bangkok for work, a somnolent rural economy, and the rapid expansion of industry in the big cities. But these days, the songs coming out of Isaan have changed a great deal in their lyrics, musical arrangements, and even the image the artists are projecting. For example, in the song, O la no, Kong Huayrai, a singer from rural Isaan, sports a leather jacket and is backed by a guitarist playing rock-and-roll licks.

The important question is this: how did Isaan luk thung music transform itself into a sound that is “fun for all?”

If you ever get the chance to tour a village in rural Isaan, you’ll soon notice villagers glued to their phones. They’ll be doing that even in the fields, as naturally as any urbanite jabbing away at their phone on the skytrain. The youngsters in Isaan gush over the latest music videos from the South Korean girl group Blackpink at the very same time as their peers in Silom. They listen to the huge variety of music from all corners of the world. They watch the same live Premiere League football games as the Bangkokians in their shopping-mall beer gardens. They consume an enormous amount of media, thanks to the power of the internet resting in their palms. The dividing-line between the worldliness of rural folk and city-dwellers have never been so blurred.

What’s more, the young people living in Isaan today travel to their market towns in minutes. In the span of hours, they can and do travel all over Thailand. Beyond Thailand, the rest of the world is accessible to them in just a few hours more. This is so utterly different from the world that their mothers and fathers knew, a world mostly travelled by roads of dirt and gravel. These young people get to see the world both in “online” and “offline” mode, which is itself seen through eyes both widened and bedazzled by the times.

Songs like, “Phu Sao Kha Lo” (The Girl Gets Around), “Ho Mok Huak Pai Fak Pa” (Bring the Steamed Tadpoles to Auntie), Bak Taengmo (Watermelons), O La No, Khamphaeng, Malongkongkaeng, and many more, are all about the way of life currently being lived by Isaan people today. These artists infuse new melodies, and while they haven’t completely forsaken the phin and khaen, they are making full use of electric guitars and other modern instruments.

The interesting thing about the current “Isaan Indie” or “Isaan Pop” phenomenon is that the artists are all aged between 18 and 35. The way that they are presenting what it means to be Isaan is flavored by the world that they grew up in.

Whereas before, they would have had to be the ones to approach the big record labels in Bangkok, they can now record from the comfort of their homes. They release their songs on YouTube without giving a single thought to how many CDs they will produce or sell. Before, there was no way that minnows like them could pull off such a feat on their own. The words to their songs are now tearing up all kinds of old beliefs and rules, so much so that even some Isaan people have trouble keeping up.

Take for example the lyrics, “I’m sorry for being a maringkingkong saranongkongkaeng manongmanaengmab palongpongpaeng ngong-ngang nong-ngang in your life” by Pachon Lai Indie. It turned into a viral hit which saw many Bangkok-based celebrities taking turns singing their own versions on their Instagram stories. The quality speaks for itself; these songs wouldn’t pass the listen-on-repeat-five-times test or appear in literature if they weren’t so on the money. The freedom that is manifested both in the concrete form and abstract form of these songs is what’s fueling this burst of creativity in Isaan luk thung. It’s what’s making it so accessible to so many different groups of people.

We saw leading celebrities getting together to sing, “Phu Sao Kha Lo,” for an audience numbering in the tens of thousands, for the birthday of a certain television channel. We heard Isaan pop being played during world-class volleyball matches, with match-goers getting up to dance and sing along without an ounce of awkwardness.

There has also been an explosion of Isaan music on musical talent competition TV shows, as well as on prime-time soap operas. It’s become so prevalent that the mainstream has dubbed it as “Isaan fever” in the music industry.

Isaan music no longer has to be composed just for Isaan ears. The songs of Mike Phiromporn, Takkataen Cholada, or Pai Pongsatorn were composed to soothe aching Isaan hearts far away from home. But these days, the songs are made for Isaan people chilling at home, and they appear to be soothing the troubled hearts and tempers of people all over Thailand. What marks this music out from the crowd of other genres is the energy and fun that emanates from it. It’s a fresh departure from the Isaan music of yesteryear, practically drowning in the sorrow and hardship that always seemed to follow Isaan people around. This seachange is what appears to be expanding the borders of Isaan music to cover other regions of Thailand in a smooth and seemingly effortless conquest.

Mostly, the lyrics of Isaan Indie music concern themselves with love between young men and women, and the way of life in rural Isaan villages. They’re also adorned with melodies and chord progressions that borrow from global influences while retaining the familiar sounds of the phin and khaen. The lyrical style, often brief and punchy, often talks about the way of life in Isaan with some degree of pride, yet with a sense of rollicking fun. They sometimes still moan about hardships, but through a voice that’s about to crack a cheeky smile.

The first line of Ho Mok Huak Pai Fak Pa–“today at my house they were fixing to go to a ceremony / went down to the fields to find some snails, some mushrooms, some fish / they went into a pond, got some tadpoles, sand toads, water locusts, and baby frogs”—paints a picture of a mundane scene in an Isaan village. This is before it falls into chaos that ensues after his mother tells him to take some steamed tadpoles to his auntie, but his auntie wasn’t home. The musical arrangement itself is a fun hybrid [of Isaan and mainstream instrumentation], and even if you don’t understand the words, the alliteration and catchiness of the tune carries it through.

In “O La No,” there is a line that goes “take your blood sample, it’d show Lao through and through, where there’s a ceremony, there’s going to be molam, lab, koi, soi ju [raw steak]; we still remember our way of life.” The feeling is one of pride for that way of life rather than sadness over hardships.

Of course, the content of these songs do not encompass the entire range of experiences of Isaan people’s lives because there are still plenty of Isaan people who are experiencing hardship of some kind. There are still many Isaan people who are just scraping by in a big city, or even in their own fields. But what these young people are communicating is that there is far more to being Isaan than the weary old “ignorant, poor, and hurting” label that used to come automatically attached to the Isaan identity. They shifted the discourse and took it to a place that revealed new aspects of Isaan that aren’t limited to being on the margins of society.

It’s not just Isaan-Lao that’s being sung in this new wave of Isaan music. Other artists are using other languages as well, such as Rasmee Isan Soul. An Ubon Ratchathani native, she sings molam verse to the melody of modern soul. She sprinkles her communication with Khmer and English, and once said in an interview that “molam is the root, the culture, but there’s plenty of molam that has moved on, too. Improvisation has always been at the heart of Isaan music; you can mix it in with anything. It lends itself to experiments. The rhythms are alluring too, it’s magical.” This encapsulates what is happening to Isaan music as a whole: clinging to the cultural roots while putting the right foot forward to penetrate barriers and exist in new areas.

VKL, whose real name is Petai Wongkhamlao, is the son of the Isaan comedian and performer, Mam Jokmok, himself a household name all over Thailand. Though VKL was born in Nonthaburi, his blood is clearly infused with the culture of his father’s native Yasothon province. In his song called Yaso, he tells of the ‘Yasothon-ness’ of people from the province through lyrics in Thai, Isaan-Lao, and English.

By dismantling or surmounting the barriers around it, Isaan music has reached foreign audiences too. Molam music has become music that gets people up and dancing at music festivals all over the world. Even the rot hae [molam procession] sub-genre is spreading far and wide, with bands in Japan replicating the sound at events and festivals there.

From the original molam driven by the khaen, to Isaan luk thung, which then evolved into the Isaan pop that we hear today, it has welcomed input and influences from all kinds of other genres that are now impossible to clearly define. It shows that the Isaan identity is constantly adapting. Time and time again, Isaan culture has been humiliated so that it didn’t dare meet eyes with others. But now it turns confidently to meet the gaze of the world and proclaims that it is as worthy as any.

Today, the lines between rural and urban are disappearing. And the notion of nationalities, as designed to keep people apart, are turning into relics of the past.

It is practically meaningless to try to define what it means to be Isaan when being Isaan is far more varied than we could have ever dreamed of.

If you really must, being Isaan can be defined as being human, as human as any other on earth. 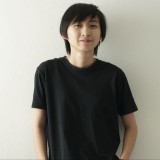 Panis Phosriwungchai graduated from Chulalongkorn University’s Faculty of Communication Arts. In her studies she researched the evolution of popular Isaan music. She is currently an editor for The101.World.
Scroll Up