Skip to content
The crisis of pervasive moss in the Mekong

There is a crisis happening now with the Mekong River, coming from three categories of dams.

First, there are the eleven dams in China blocking the upper Mekong River, counting also the dams on tributary rivers. Second, there is the Xayaburi Dam which is on the lower Mekong River in Laos and was constructed by Thai investors and sells the power back to Thailand. Third, there are hundreds of dams that block the Mekong’s tributary rivers in Laos, Thailand, and Vietnam.

When a crisis happens, often NGOs are blamed but the truth is they were the ones who fought against the dams in China for more than 20 years, and for more than ten years against the Xayaburi Dam.  There was research conducted by the community movement, but the state and investors ignored the research. Meanwhile Thai society has not considered the consequences caused by the dams and instead has only looked to gain the benefits from the Mekong River and the electricity generated from the dams, and has neglected to consider the environmental, natural, and social impacts on the 60 million people who need a free Mekong River.

In this ongoing crisis, some people have been calling for  more dams in the Mekong’s tributary rivers which they point out as a solution. But doing so compounds the crises, such as what happened with the Pak Mun Dam.

In this situation, there are not many solutions but there is still hope.

First, governments from the lower Mekong river basin must demand that China pay attention to the effects from the dams on the lower part of the Mekong River. For example, right now the demand of these governments in China has been made through the Mekong River Commission. This is a good start but it is not enough. They should use more voices and be more critical of China’s role, and advocate not joining with China in the business sector or refusing aid unless the Mekong river situation and the people who depend on it are taken into consideration.

Second, the governments, especially of Thailand, Laos, and Vietnam, must take measures against Thai investors who own the Xayaburi Dam to solve the problems created  downstream from the dam, including fighting against other dams such as the Pak Peng Dam, the Luang Prabang Dam, the Sanakham Dam, the Pak Chom Dam, etc., along with the proposed dams in Mekong tributary rivers.

Third, societies must stop supporting China and continue being as critical of China as possible (the #MillkTeaAlliance is the example). As China is a big player in the business and political sectors, criticism on Chinese investments on the Mekong River requires a consistency of power in these societies and their actions.

Fourth, Thai investors, the Thai government, and the Laos government should not be allowed to evade responsibility for the damages caused by the Xayaburi Dam on the Mekong River.

Fifth, the civil societies involved with the Mekong should support the work of local people, NGOs, and academics that are fighting to protect the Mekong River and its tributaries.

Sixth, the construction of dams is part of the energy sector industry. This sector has not considered the consequences of its activities on the Mekong river which is the heritage of 60 million people. Societies must put pressure on the involved states to keep up with measures regulating this industry and ensure recognition of human rights. For example, there is the case of South Korean investors on dams in Laos that caused the loss of human life.

Seventh, the societies in the Lower Mekong should have new ideas on dam construction. The construction of dams is no longer considered a kind of sustainable development. No dam is environmentally friendly, as the scholarly contribution to the World Commission on Dams showed.

In the past few years in Europe, America, and even Japan, there has been a movement toward deconstructing dams. The funding necessary to maintain aging dams and given the increasing threats they pose to safety have made them unsustainable.

Today, we cannot yet protect the Mekong River due to the increasing construction of dams, but soon if not our generation or our children’s generation, we will see the deconstruction and elimination of dams.

Note: For readability, this article was edited. 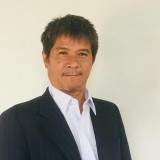 Dr Chainarong Sretthachau is a lecturer and ecology expert at Mahasarakham University. He has been involved in environmental and human rights activism in Thailand and the lower Mekong region for more than 30 years.
Scroll Up